skip to main | skip to sidebar

"I am a Lady Gaga fan, but don't feel guilty about it at all." 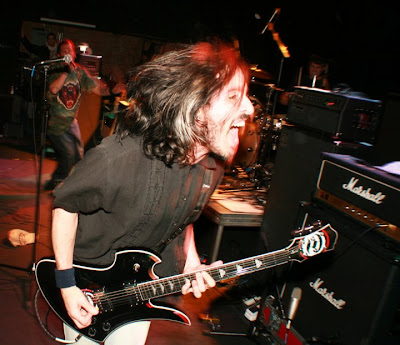 Vic: The show and book release were fabulous. There are only two books about hardcore which I've read which are any good, in my opinion. "Radio Silence",and "Burning Fight". I prefer "Burning Fight" because it has a focus that is much more relevant and meaningful to me. The show was an amazing concept, and all the people who attended it made it a really fantastic experience. On stage I said something like, "boys and girls, are you enjoying your field trip to the museum?", because to some extent it felt like a lot of acts were like museum displays, or that the atmosphere itself was museum-like..."Wow, look at that dinosaur, mommy! It's MOVING!". I was surprised though, how boring the newer bands were in comparison to the older bands. They looked really bored or something. Why? It was odd. The show itself was just WONDERFUL though, and I'm a pretty negative guy, so for me to say that is really something. I love Brian {Peterson} for being behind that book and show.

Vista: I want to ask you about the album, "Threefold Misery". In your memory, what was your mindset during this period, both musically and lyrically? It was really different that say, "Songs of Separation". Also, I remember being really surprised that "Threefold Misery" wasn't originally released on "Equal Vision Records". Years later obviously, Equal Vision re-released those entire recording sessions. Again, from your recollection, what went on during this entire period of time?

Vic: My mindset for that was, "this is that last thing I will ever do musically, so let's make it count". I wanted every single riff to be right on the nails. That was driving the record. Trivikrama was driving the record, too. It's just an extension of, "Songs of Separation" - It's just taking those riffs and chords from songs like, "Son of Nanda", or "Solitary", or what have you, and moving it forward in the evolutionary progress and sticking a more unpredictable drummer behind it. I guess it might be very good in one sense that we've had so many different drummers, it helps each record have a different tone. "Songs of Separation" was strict and clear cut because, {a} - Chris Daly was a very steady, solid, and clear cut drummer on that record and {b} - Don Fury, where we recorded it, was very by-the-numbers in his approach to recording. "Threefold Misery" was more psychedelic because, {a} - This is the first time you get Trivikrama on bass, on a 108 record. He is a human psychedelic. {b} - You get Matt Cross on drums who is more like an octopus, and {c} - We recorded with Brian...Brian, fuck I forget his last name, Brian from, Battery, Salad Days Studio. He was WAAAAAY more talented than Don Fury. It's ridiculous to even compare them. And he had a much more free-form and experimental approach to recording it. It came out on the European label for money reasons. We needed money really bad. Also, we needed the record to be out in Europe for our final tour.
Posted by Malik at 11:54 AM 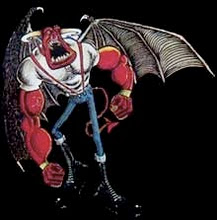